Exploring emotions, in terms of their evolutionary origin; their basic neurobiological substratum, and their functional significance in autonomous agents, we propose a model of minimal functionality of emotions. Our aim is to provide a naturalized explanation – mostly based on an interactivist model of emergent representation and appraisal theory of emotions – concerning basic aesthetic emotions in the formation of aesthetic judgment. We suggest two processes the Cognitive Variables Subsystem (CVS) which is fundamental for the accomplishment of the function of heuristic learning; and Aesthetic Appraisal Subsystem (AAS) which primarily affects the elicitation of aesthetic emotional meanings. These two subsystems (CVS and AAS) are organizationally connected and affect the action readiness of the autonomous agent. More specifically, we consider the emotional outcome of these two subsystems as a functional indication that strengthens or weakens the anticipation for the resolution of the dynamic uncertainty that emerges in the particular interaction.

Aesthetics as evaluative forms of…

Aesthetics as an Emotional Activity…

Aesthetic perception and its minimal…

The relation between interaction aesthetics… 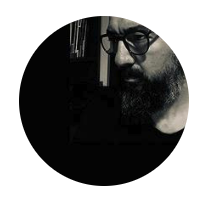